“The climate emergency is a race we are losing, but it is a race we can win”. United Nations Secretary-General António Guterres 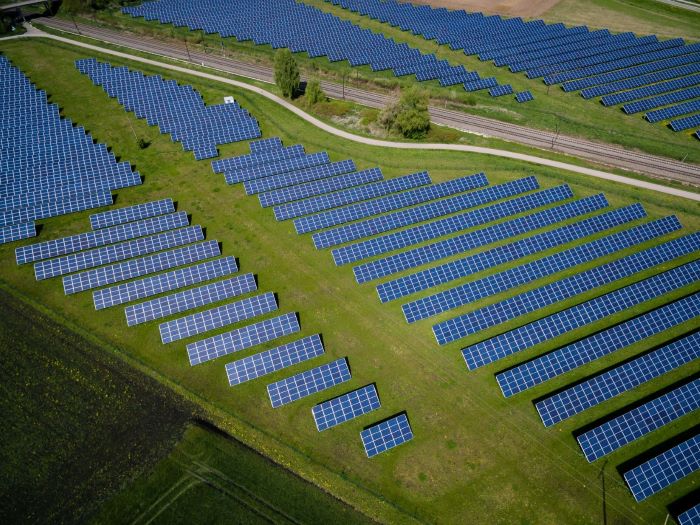 We are currently living in a climate crisis. Every year, billions of tons of CO2 are released into the atmosphere from human activity resulting in record high greenhouse gas emissions. These emissions directly contribute to the continued warming of our planet, with the last four years being hottest on record.

Rising temperatures don’t just mean warmer summers – a trite platitude often used by climate deniers. Instead, rising temperatures contribute to increased incidence of extreme weather including floods (as just seen in South Korea), fires (as seen increasingly across Europe), drought (with the UK amid its driest spell in over a century), natural disasters, habitat loss, melting ice caps and rising sea levels just to name a few. The results of this climate chaos are immense. From food insecurity and water wars to supply chain disruptions (such as the shipping threats caused by the record-breaking low water levels of the strategically important Rhine River), climate change is not just an environmental problem, but an existential crisis for humanity and the stability of our global economy.

Despite the clear warning signs and fundamental need to curb our global carbon emissions, a united effort to enact such change has lacked the urgency that our planet demands. Despite the progress of The Paris Agreement – an international agreement intended to limit the increase of global temperatures to below two degrees Celsius – the UNEP Emission Gap reports we are still on a “business as usual” trajectory.

So what will it take to really flip the switch and break the status quo?

In February 2022, Russia invaded Ukraine and has been waging a bloody war ever since. The invasion resulted in one of the largest European refugee crises since WWII, global food shortages, supply chain disruptions, and – as one of the world’s top oil producers and exporters – a global energy security crisis.

The EU – which imports more than 40% of its natural gas, 27% of oil and 46% of coal from Russia– is already feeling the impact of threatened energy supply and subsequent price hikes. With Russia already weaponizing gas by reducing its exports to Europe (the North Stream 1 pipeline was recently delivering just a fifth of its total capacity) and increasing EU sanctions to phase out Russian oil, the EU is bracing itself for potential shortages, rationing and soaring costs with some municipal utilities in Germany already warning prices may increase by more than 100%.  While Russia has managed to find new buyers for much of its crude oil – notably India, Turkey & the middle east – the high cost of Europe’s continued dependency on Russian fossil fuels has been brought into clear focus and the need to diversify energy sources is more paramount than ever.

The Path to Energy Independence

Dirty sources of energy such as coal might be quick wins to energy self-sufficiency, (German energy firm RWE has already announced plans to burn more coal in the short term), however Europe must be careful not to backslide into the continued use of unsustainable fossil fuels. The desire to gain energy independence from Russia combined with the ongoing threat of the current climate crisis presents a strong argument for the investment into clean, renewable energies within Europe. Today, Europe has abundant renewable energy resources but these technologies have not been scaled up to their full potential. There are several reasons for the underdeveloped renewable industry in the EU, ranging from a lack of incentives to invest in renewable infrastructure to significant barriers including difficulty in securing financing, cumbersome licensing and permitting procedures, and a lack of cohesion across borders.

While the European Green Deal already outlines the EU’s long-term goal of becoming climate neutral by 2050, in response to the invasion into Ukraine, the EU has launched the REPowerEU initiative, which has the core goal of ‘ending the EU’s dependence on Russian fossil fuels’ through ‘energy savings, diversification of energy supplies, and accelerated roll-out of renewable energy’. Specifically, the Commission agreed to increase the 2030 target for renewables as a percentage of total energy mix from 40% to 45%, compared to the 22.1% share of renewable energy in 2021.

With ambitious goals to double renewable energy over the next 7 years, significant capital expenditure and additional investment will be required from both the private and public sector. A number of programs are currently being developed to incentivize such investments, such as the Renewable Energy Directive aimed at speeding up permitting procedures and identifying ‘go to’ areas that are designated as suitable for renewable expansion. Previously implemented programs such as InvestEU also support sustainable investment, innovation and job creation in Europe with the goal of triggering more than €372bn in public and private investment through an EU budget guarantee of €26.3bn.

An opportunity for leadership and a rising Solar Star

Solar power is one of the cheapest sources of electricity in most countries today. However, market distortions, subsidies and advantages awarded to traditional energy producers skew perceived costs. The EU is targeting solar energy as a key pillar in their pathway to becoming energy self-sufficient, launching a dedicated EU Solar Strategy to double solar photovoltaic capacity by 2025 and install over 600GW by 2030. The increased investment in solar energy also presents an opportunity for the EU to expand the EU solar value chain, as today the vast majority of solar panel components and parts are imported. In efforts to truly decrease foreign dependence and leverage the innovative and competitive market of the EU, this know-how and manufacturing capacity must be brought within the EU. Not only can the EU leverage this to position itself as a leader in solar power, it will have the additional benefit of increasing the EU solar energy’s resilience, expanding local expertise within the sector and creating new sustainable jobs. For instance, in 2020 the EU solar PV sector employed an estimated 357,000 full time employees (direct & indirect) however this is expected to more than double by 2030 with increased investments in solar.

The impetus for Change

It is clear that collectively, the world needs to move quicker to curb our global emissions if we want to prevent irreversible damage to our planet and succeed in EU climate targets of going net neutral by 2050. While reducing EU dependency on Russian energy has extensive short (and long) term sociopolitical and economic challenges, perhaps the clear geopolitical need for energy self-sufficiency is an impetus for the EU to turn up the speed on long-term, sustainable investments into cleaner renewable energies.